Cabeen received a Master of Fine Arts degree from Otis Art Institute, with a dual major in painting and design. Since then, he has combined his interests in the visual arts with screenwriting and storytelling for a broad range of entertainment companies including Warner Brothers, Columbia/TriStar, Disney, Sony, Universal, USA Network, Nelvana, and SEGA.

Robert is a city of Lost Angels native. He resides in the Miracle Mile with his wife Cecile Grimm. Together, they spawned three offspring–all smarter, better looking and more talented than he is–but certainly not as scary. 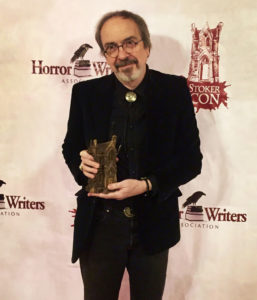