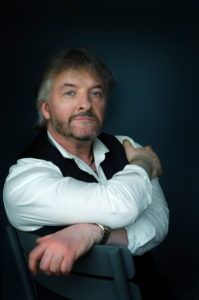 BIO: John Connolly is the author of seventeen novels and one novella featuring private investigator Charlie Parker; the 17th, A BOOK OF BONES, will be out in the UK in April 2019 and in the US in October 2019. He has also written three standalone novels, including THE BOOK OF LOST THINGS and he, a novel based on the life of Stan Laurel; the Samuel Johnson trilogy for middle-grade readers; two volumes of short stories; and with his partner, Jennifer Ridyard, The Chronicles of the Invaders for teenaged readers. A graduate of Trinity College Dublin and Dublin City University, John worked as a journalist, a barman, a local government official, a waiter and a dogsbody at Harrods department store in London before the publication of his first novel, EVERY DEAD THING. He has won the Edgar, Anthony, Agatha, Macavity, and Alex Awards. He lives in Dublin with his family, which includes three beloved dogs, and is a regular visitor to Maine, where the Charlie Parker novels are set.