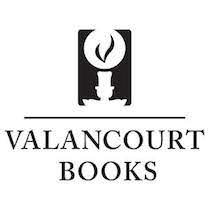 The HWA is pleased to present the Specialty Press Award to Valancourt Books.

The HWA Specialty Press Award is presented periodically to a specialty publisher whose work has substantially contributed to the horror genre, whose publications display general excellence, and whose dealings with writers have been fair and exemplary.

The award was instituted in 1997, largely due to the efforts of long-time HWA member and specialty press aficionado Peter Crowther.

Valancourt Books was founded by James D. Jenkins and Ryan Cagle in 2005 to make neglected and out-of-print books available to new generations of readers at affordable prices. Over the past 17 years Valancourt has published over 500 titles, with an emphasis on 18th & 19th-century Gothic fiction and 20th-century supernatural and horror fiction. Recently Valancourt debuted three new series: Paperbacks from Hell, focusing on lost paperback horror of the 1970s and ’80s, Monster, She Wrote, focusing on classic horror by women writers, and Valancourt International, which translates horror from around the world.

The origins of Valancourt Books date back to 2004, when the press’s founders James D. Jenkins and Ryan Cagle had to drive 28 hours to access some rare Gothic horror texts that were only available at one library in the country. With modern publishing technology, they figured there had to be a better way of doing things, and so they started Valancourt Books with the aim of making rare and out-of-print books available to new audiences at reasonable prices.

More recently Valancourt has moved into more modern horror fiction, rediscovering forgotten mid-century authors like John Blackburn, Gerald Kersh, and Charles Beaumont, as well as some of the lost horror greats of the 1970s and ’80s, like Michael McDowell, Elizabeth Engstrom, Bernard Taylor, and Michael Talbot.

Many of Valancourt’s books have been adopted for university courses around the world, several have been filmed or are in production, and many of them have been translated and published throughout the world.

What is a StokerCon?